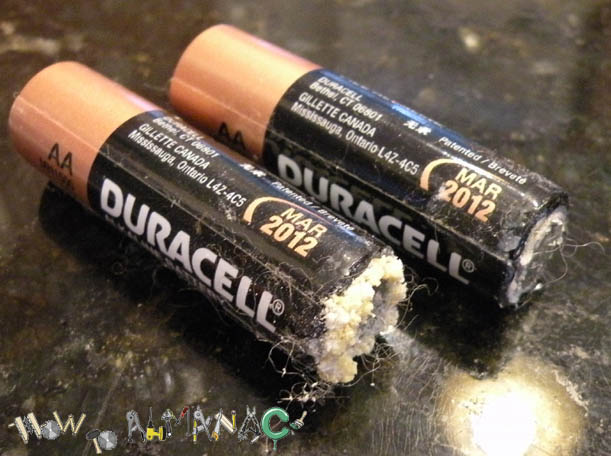 It is amazing to me that we are in the 21st century, and we can't make a battery that doesn't leak. These two new batteries were left in a four pack in my junk drawer. They are less than a year old. They are marked good until MAR 2012. It's September 2010, and they have leaked. I'll stick with Energizer Batteries. 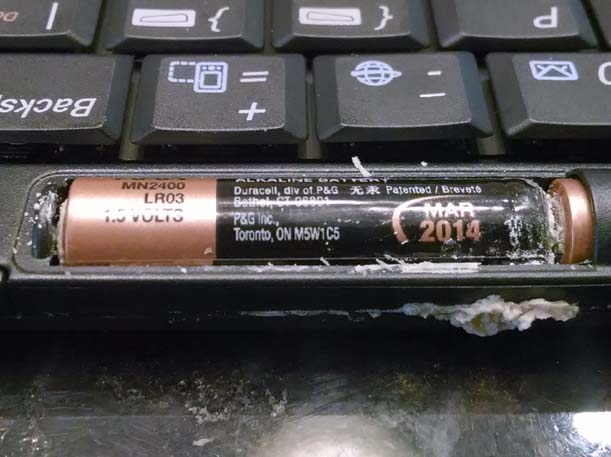 It Happened Again !!! - I can't believe it. In my brand new Bluetooth keyboard. Duracell batteries marked good until MAR 2014. It's August 2013, and they have leaked. I guess when I buy something I will have to remove the Duracell batteries and throw them in the trash so my device doesn't get ruined.

Final Thought - And we are working on battery powered cars?