Our neighborhood has a pair of Elite CSW-200 gate openers. Ever since installed, the DC1000 battery backup units that open the gates if the power fails, fail at least once or twice per year.
Since they cost $399 each to replace, and the fact that they no longer make them, I have started to repair them. The repair is simple, low cost, and easy to do.


What goes wrong
First, the battery will be toasted. The charging circuit boils the battery dry. You will need to replace it. The battery should cost $19 - $24.
Second, on older units, the relays need to be replaced. The COM terminal sticks to the N.O terminal on one of the relays. Since the COM terminals of two relays are tied together, to allow reversing of the motor, and one relays N.O terminal is connected to battery positive, and the other relays N.O. terminal is connected to battery negative, the relay contacts are destroyed. Not a very good design.

BEFORE YOU REMOVE THE DC1000 UNIT 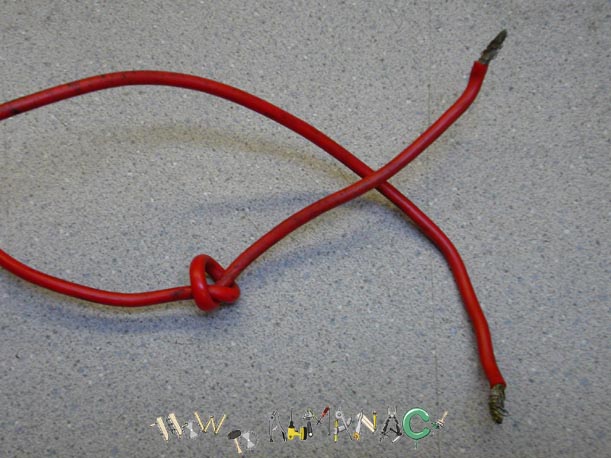 Do yourself a favor, and tie a knot in the wire that goes to the Red lead of the DC motor before you remove the DC1000 from the gate opener. Both wires are Red, and if connected to the motor backwards, the motor will run backwards against the stops, and never shut off. 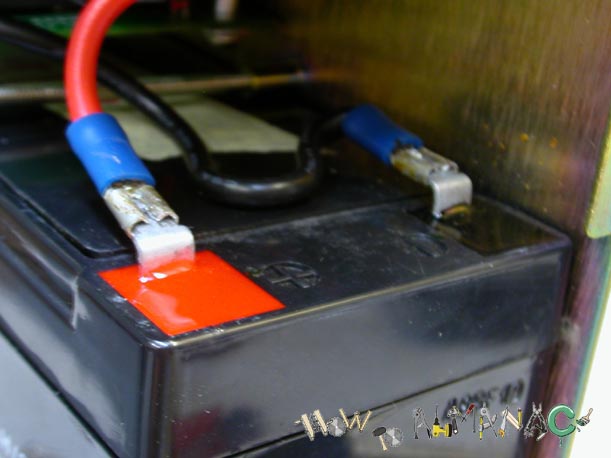 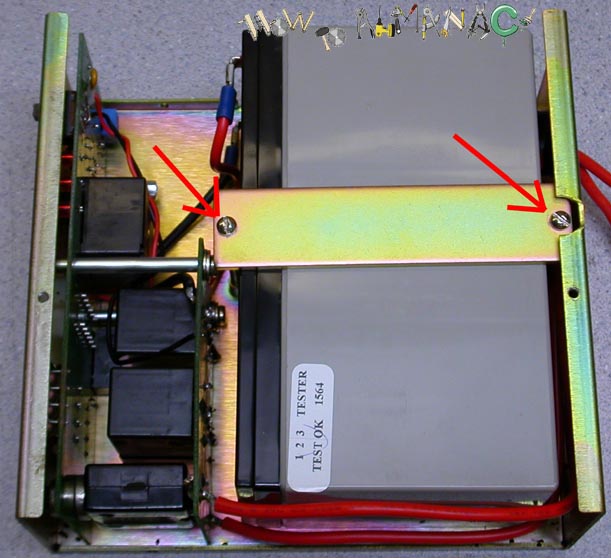 Remove the two screws and plate, that hold the battery in place. Remove the battery and discard/recycle it. They should recycle it for free wherever you purchase the replacement battery. 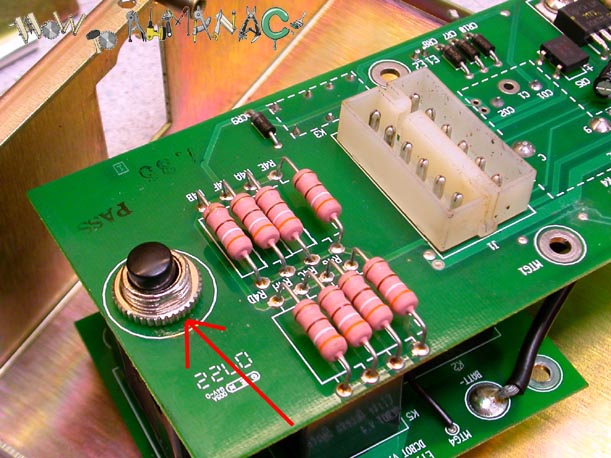 With the pcb's out, remove the nut from the circuit breaker to allow the pcb's to separate, but still be attached by the wires. 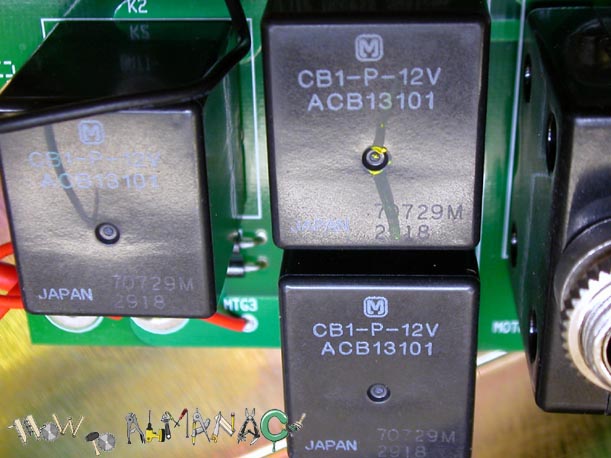 The relays K1, K2 & K5, are the main relays that fail. Replace all three of them. They are less than $3 each, and it will save you from taking the unit open again. 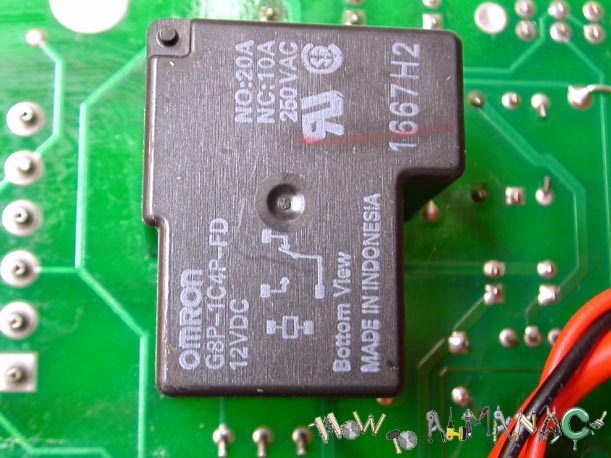 On very rare occasions, relay K4 gets damaged. Seems like it gets damaged more on older revisions of the pcb.

Relays can be located at www.mouser.com

Final Thought - This DC1000 battery backup unit is a very poor design. It fails over and over. You will repair it more than once. UPDATE 9-15-13 - If you replace the batteries once per year, the units seems to last pretty well.